This article is about the future match between Sheffield Wednesday and Gillingham, which will be on the 13th of November. If you want to find more League One predictions, you can check out our website.

Here are our top free betting tips and predictions for the Sheffield Wednesday vs Gillingham match this weekend.

All odds are from Ladbrokes and are correct at the time of writing. Make sure to double-check the odds via your bet slip before wagering.

We have seen quite a few clean sheets recently involving the two teams, including three of the last five fixtures they both played regardless of the tournament. Also, two of the last three times that Sheffield Wednesday hosted a game against Gillingham ended without a “both teams to score” outcome on Saturday.

Sheffield Wednesday is currently at number eight in the League One table with twenty-five points. Gillingham is way down with only sixteen points in the table. These two teams haven’t played together since 2003, so we won’t look at their head-to-head history. Based on the recent form of both teams Sheffield Wednesday is the favorite with two wins and a draw, while Gillingham lost or drew all of their last three fixtures.

Gillingham is the underdog in this fight and they are only one point above the relegation line, which isn’t safe. They won’t get the three points they need to establish a safety line from the relegation positions in the table on Saturday because their opponent is in the higher position in the table.

Sheffield Wednesday has only one injured player – Lewis Gibson, who has been out since August this year. Despite Gillingham not having any injured or suspended players in comparison, we think they won’t win the game. We also don’t expect a lot of goals to be scored on Saturday based on the recent matches for both teams and their head-to-head history.

Before wagering on this match, you should also check out these match statistics and data for Sheffield Wednesday vs Gillingham. 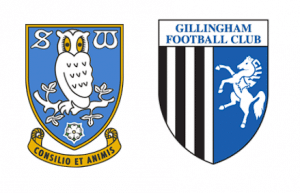