These sides are locked down in the lower region of the Premiership table. Will either find a way to take maximum points? Find out with our Ross County vs St Johnstone preview here along with the predictions and free tips we mention along the way.

Backing both teams to score

Goals to be in short supply

Finally, we’ll take a look at the over/under goals market. We would like to point out that clashes between these teams have mostly been on the low-scoring side; six of their last seven encounters went below the 2.5 goal line. Also, most of both teams’ recent games have been low-scoring; three of Ross County’s last four, and five of St Johnstone’s last eight games went under 2.5. On that note, we shouldn’t expect up to three goals in this match. Additionally, three of the last seven meetings between these teams were 1:1 draws; so a 1:1 correct score is worth putting a small stake on.

The best odds for Ross County vs St Johnstone

Ross County’s four match unbeaten run ended at Hibernian last weekend; to be fair, they haven’t enjoyed the best of form the past couple of months. Malky Mackay’s men have won just one of their last seven games across all competitions; it’ll be interesting to see how they’ll fare with Regan Charles-Cook leading the line.

St Johnstone put an end to their three match winless run with an impressive win against Hearts last weekend; they moved up a spot from last to 11th due to that win. Callum Davidson’s men will hope to string up consecutive wins in the league for the first time since March last year; all eyes will be on Callum Hendry.

The final word on Ross County vs St Johnstone 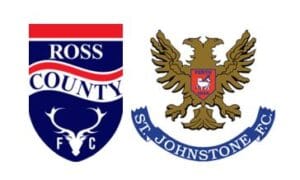