One of the closest duels in the next round of Scottish League Cup is the Queen’s Park vs Dundee matchup. If you want to learn more about this match, check our preview and free betting predictions for the duel.

If you are struggling to choose the right bet for Queen’s Park vs Dundee, check out top betting picks for this match:

Queen’s Park and Dundee to Draw

While these two teams haven’t met in a while, they will certainly meet next season since they will both be playing in Championship after Dundee was relegated from Premiership and Queen’s Park was promoted from League One.

So, we can see this being a very close duel and while Dundee is the better team on paper, Queen’s Park will host the game. Both teams also won their first two games in League Cup this season, so a draw in this game sounds like a reasonable outcome.

Queen’s Park and Dundee to Draw at Half Time

That being said, we didn’t see either of the two teams draw at half time in League Cup this season, but we can see that happening now when them finally meet.

All four matches played by Queen’s Park and Dundee in League Cup this season have gone over 2.5 total goals, so we can expect to see some goals in this match as well.

Despite finishing last season in the fourth place in League One and barely getting into the playoffs, Queen’s Park managed to be at the top of their game when it mattered the most and they secured a spot in Championship for this season by winning the playoffs. The team also started the new season in League Cup with a couple of convincing wins in the first two rounds of the competition.

Last season was a disappointing one for Dundee fans since their team finished last in the Scottish Premiership, so they will now have to fight for their place back in the top rank in Championship. On the bright side, Dundee did win both of their games in League Cup so far and they did so in a very convincing manner, scoring six goals in the process, without conceding.

If you don’t want to spend time looking for the best odds for Queen’s Park vs Dundee, check them all out on our website: 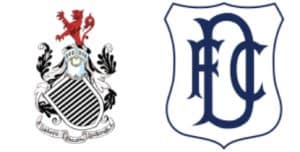