On Tuesday, Portsmouth will be facing Sheffield Wednesday, and we have the pleasure of reviewing the match and picking the best odds and predictions for it. You can check out our findings and suggestions below.

Our experts went through the match stats and came up with the following free betting tips for the upcoming Portsmouth vs Sheffield Wednesday match.

These odds are from Ladbrokes and are correct at the time of writing. Because they are also subject to change, double-check them via your bet slip before continuing.

Most of the games played by Sheffield Wednesday recently ended with over 2.5 total goals scored. That includes 80% of their last ten games. Also, three of the last five matches for Portsmouth ended similarly. When we look at the head-to-head games between Portsmouth and Sheffield Wednesday, we will also see three of the last four ending with over 2.5 total goals.

The away team won’t be playing at 100% because they have one injured player since August – Lewis Gibson. Also, two of their players are at risk of suspension with four yellow cards each. Although their form is currently one of the best in the league, we don’t think they would win against Portsmouth.

The favorite team here has the best form in League One in the last five matches they played with four wins and a draw. They also don’t have any suspended or injured players on their roster, which puts them ahead of their opponents once again. The one-point difference between them in the League One table shouldn’t be a problem for Portsmouth to overcome.

Below, you can see more info about the previous encounters between Portsmouth and Sheffield Wednesday. 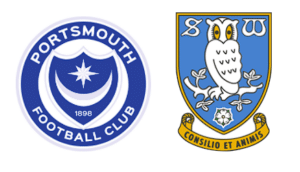