Let’s go over the upcoming fixtures between Cheltenham and Shrewsbury, which will be played on Saturday (the 1st of January). If you want to see more League One predictions, you are welcome to check out our website.

We tasked our betting experts with figuring out the best free betting tips and predictions for the upcoming Oxford vs Cheltenham fixture and this is what they came up with:

These odds are all from Ladbrokes and can change at any time. Before wagering, make sure to check out your bet slip for any changes in the odds.

Oxford is the clear favorite in this fixture because they have had quite a few wins recently with only one loss out of the last five matches they played. On the other hand, Cheltenham lost or drew all five of their most recent matches. Although Oxford hasn’t scored a win against Cheltenham particularly, we don’t think that they would have a problem this weekend especially because of their recent form.

When it comes to injuries or suspensions, both teams are lucky because they are healthy and none are suspended. The outcome of the fixture is most likely going to be in favor of Oxford because their recent form is better than their opponents. Cheltenham has lost a lot of games recently and we don’t think they are in shape to win even against Oxford. The home team has a chance to climb the table to a higher position this weekend, but we will see the outcome on Saturday.

In these tables, you can see the most recent odds and stats for the Oxford vs Cheltenham fixture this weekend. 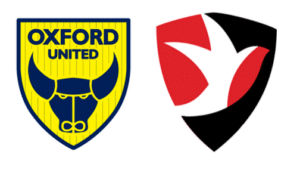