There is little to separate these two in league standings or form. Who wins when they meet? Find out with our Motherwell vs Hibs preview here along with the predictions and free tips we mention along the way.

Take a double chance on the hosts

Motherwell have been one of the best home teams in the Premiership this season; they’ve won seven of their 11 home games in the Premiership so far. It’s worth noting that only Celtic and Rangers have beaten Motherwell in their last 10 home games. The Well have enjoyed some good form too; they’ve won three of their last four games in all competitions. Although Hibernian have also won three of their last four games, they haven’t been very efficient on the road; Hibs have won just three of their 11 games away from home. We believe that Motherwell will not lose this match, considering how good they’ve been at home.

Both teams could easily net

Despite their scoring consistency, both teams have not scored a lot of goals; Hibs have scored more than one goal in just one of their last 10 games. Hibernian’s games tend to be on the low-scoring side, as eight of their last 10 games have gone under 2.5. Similarly, Motherwell have had their fair share of low-scoring games; four of their last six league games went below the 2.5 goal line. With this in mind, we shouldn’t expect too many goals.

The best odds for Motherwell vs Hibs

Motherwell bounced back from their loss in the Premiership to Ross County by beating Greenock Morton in the Cup; they’ve now won three of their last four games in all competitions. The Well will be eyeing their fourth win in five games as they host Hibernian; Kevin Van Veen is the man to look out for.

Hibernian bounced back from their first loss under new coach Shaun Maloney by beating Cove Rangers in the Cup last weekend; just like Motherwell, they’ve won three of their last four games. Hibs will look to take all three points against an equally in-form Motherwell side; all eyes will be on Martin Boyle today.

The final word on Motherwell vs Hibs 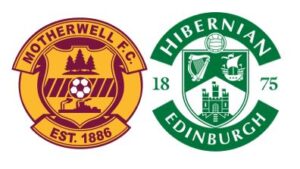