In this article, we will check out the top MK Dons vs Burton predictions and free betting tips for their upcoming match this weekend. If you want to see more League One odds, you are welcome to see our website.

What are the Top Predictions for MK Dons vs Burton?

Below, you can check out our top predictions and tips for the upcoming MK Dons vs Burton match this weekend.

All odds are correct at the time of writing and are subject to change. They are also from our recommended bookmaker – Ladbrokes. You should check them out before continuing.

There have been a lot of instances where the matches between the two clubs ended with both of them scoring. For example, let’s take a look at the most recent matches between them where three of the last five matches ended that way. Also, MK Dons played a lot of matches recently with a BTTS outcome – eight of their last ten games.

MK Dons are six points ahead of Burton in the League One table, so they are in a better position. Also, their recent form consists of three wins and two losses, while Burton lost three of the last five matches they played. The cherry on top is that MK Dons won two of the last three head-to-head matches against Burton and both were played this year.

MK Dons is the favorite here because they are in better form and have already won against Burton twice this year. They also don’t have any injured or suspended players on their roster. This includes players at risk of suspension.

Match Statistics and Data You Should Review Before Saturday

In these tables, you can check out the top MK Dons vs Burton statistics and recent scores for their match this weekend.

Prevalent Q&As for MK Dons vs Burton on Saturday 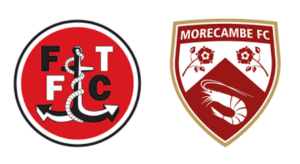