With the hosts coming into this game as big favourites can we bank on a Livingston win? Find out with our Livingston vs Kelty Hearts preview here along with the predictions and free tips we mention along the way.

First of all, we should point out that Kelty Hearts lost just two of their last 16 games across all competitions; however, it’s worth noting that they’ve struggled recently, with both losses coming in their last three games. In comparison, Livingston have done relatively better than Kelty Hearts, as they won three of their last four games. It’s also important to note that Kelty Hearts play in the third tier of Scottish football, while Livingston play in the Premiership. Livingston have the home advantage in this fixture, and that’s why we believe they’ll win.

The goals will rain down

Next, we’ll take a look at the over/under goals market; we’ve already established that these teams have scored and conceded goals consistently in recent weeks. Because of this, their games tend to be high-scoring games. As a matter of fact, all of Livingston’s last six games went above the 2.5 goal mark; those games saw almost four goals scored on average per game. Considering Kelty Hearts registered nine goals in their last six games, we believe that these teams will score up to three goals between them.

The best odds for Livingston vs Kelty Hearts

Livingston have done fairly well lately; they are coming off a win, and have won four of their last six games. Livi will welcome Kelty Hearts to the Tony Macaroni Arena; will Bruce Anderson fire them to victory?

Kelty Hearts ended their losing run with a 3:2 win at Cove Rangers a few days ago; although they lost two of their last three games, those were their only losses in their last 16 matches. Kelty Hearts will hope to string up back-to-back wins for the first time since March; it’s worth keeping an eye out for Thomas Reilly.

The final word on Livingston vs Kelty Hearts 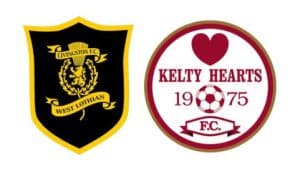