Celtic know full well another win here will keep them clear at the top of the Premiership table. Will they get the victory though? Find out with our Livingston vs Celtic preview here along with the predictions and free tips we mention along the way.

Celtic will win but they will concede

Celtic have been unstoppable in the Premiership this season; they have no losses in their last 23 league games, with 19 wins and four draws. Also, the Bhoys will be going up against  fourth-placed Livingston; they’ve lost just once in their last eight encounters with Livi. Considering both teams’ form, Celtic should emerge victorious. However, Livingston have scored in all of their last seven league games; even if they lose this match, Livi should be able to score.

Livingston have scored and conceded a lot of goals this season; their games have mostly been high-scoring, especially in the Premiership. Five of Livingston’s last seven league games went above the 2.5 goal mark. In the same vein, Celtic have scored the most goals in the Premiership this season; like Livi, Celtic’s games tend to be on the high-scoring side. Six of Celtic’s last nine games went over 2.5, with five of those games going over 3.5. Furthermore, it’s important to note that five of the last eight encounters between these teams went over 3.5; with this in mind, we should expect up to three goals in this match.

Both sides will notch

We’ve already established that Celtic have been the highest scoring team in the league; they’ve been very consistent when it comes to scoring goals. The Bhoys found the back of the net in 12 of their last 14 games in all competitions; conversely, Celtic conceded seven goals in their last five games. In like manner, Livingston have scored in all of their last seven league games; they have not done a very good job defensively either. Livi kept just one clean sheet in their last eight league games. Both teams scored in six of Livingston’s last seven league games; and on that note, both teams should find the net.

The best odds for Livingston vs Celtic

Livingston have had a few good games recently; they are coming off back-to-back wins, and are unbeaten in their last five league games. David Martindale’s men will be eyeing their third consecutive win as they welcome Celtic to the Tony Macaroni Arena; will Bruce Anderson be able to provide the goals?

Celtic maintained their three point lead at the top of the table with a 2:0 win against St Mirren; they are now unbeaten in their last 23 league games. The Bhoys will look to keep the top spot as they visit Livingston; all eyes will be on Liel Abada today.

The final word on Livingston vs Celtic 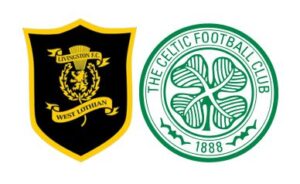