Below, you can check out the latest Lincoln vs Oxford odds and predictions for their upcoming match this weekend.

The odds in this article are correct at the time of writing and are from Ladbrokes. Before continuing, you should make sure you double-check your bet slip before continuing.

A lot of games that both of the teams played recently ended with goals from both sides, so we think there is a high chance the match this weekend might also end with a BTTS outcome. Three of the last five matches for Lincoln and four of the last five for Oxford ended that way. If we also look at the most recent matches between them last year, we would see two BTTS games five months from each other.

Oxford is the likely winner in this match-up because they have only one loss in the last five matches, while Lincoln’s form is one of the worst with four losses and one draw. Oxford also has a twenty-one-point advantage over Lincoln in the League One table, so it’s a no-brainer. The cherry on top is that Oxford won four of the last five matches they played against Lincoln in the past.

Lincoln is the underdog in the fight, and we are almost sure that they will lose the match. Lincoln form is one of the worst in all the league and they haven’t won a match against Oxford since 2020. Oxford on the other hand seems to have things under control and their form is better. Neither team has any injuries or suspensions, so they will be playing at 100% on Saturday.

Head-to-Head Statistics for Lincoln vs Oxford on Saturday

Below, you can see the most recent match histories and odds for the upcoming Lincoln vs Oxford fixture.

Popular Questions and Answers Regarding the Fixture 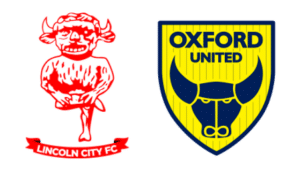