Continue reading to see what we think about the latest Ipswich vs Gillingham fixture and the probable outcome. For more League One predictions and tips, you can visit our website.

Latest Betting Tips and Odds for Ipswich vs Gillingham

After reviewing the match, we came up with the following betting tips and odds for the Ipswich vs Gillingham match. Check out our website for more League One odds and predictions.

All odds can change at any time and the ones you see here are from Ladbrokes. Double-check the bet slip before confirming.

Gillingham is the underdog in this match and we don’t think they have what it takes to win the match against Ipswich. Daniel Adshead is injured with a metatarsal fracture since November last year.

Ipswich will have to go without two of its players for this weekend’s match because of suspensions. Kane Vincent-Young is out with a card suspension, while Samy Morsy was suspended through sports court. At least they won’t have any more missing players because no one from Ipswich is injured.

Match Statistics and Odds for Ipswich vs Gillingham

In these tables, you can check out the most recent odds and stats for the Ipswich vs Gillingham match. 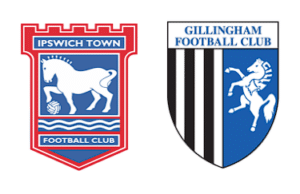