Hibs beat Rangers in the cup semi-final just a couple of weeks ago. Will this game see the same outcome or will the Gera get revenge? Find out with our Hibs vs Rangers preview here along with the predictions and free tips we mention along the way.

We’ve already touched on the fact that Hibs beat Rangers recently but, actually, you cannot read too much into that. For one thing, it was a cup game but more importantly it came in the middle of the manager snowstorm. That’s now settled and Rangers have won back to back games since that semi defeat. Hibs, however, have not. They’ve also suffered three defeats in their last five games in all competitions and have lost four of the last five head to head games with Rangers.

Our next tip is that this game goes over 2.5 goals. Hibs have passed that market in three of their last five games with an average of 2.6 goals per game in that period. Rangers have also seen at least three goals in three of their last five but with a higher average goals per game; for Rangers that number sits at a handsome 3.6. Given these two have served up tables to three goals in their last three meetings the over bet looks pretty decent!

Oh the subject of those last three head to head games, all of them have seen goals at both ends of the pitch and we expect to see that theme continue here. Rangers have scored in each of their last 10 games and have managed to keep just two clean sheets. Hibs meanwhile have scored in seven of their past 10 with just one shutout recorded. It hardly shapes up to be a dull affair!

The best odds for Hibs vs Rangers

Hibs vs Rangers: Meet the teams

Hibs’ issue is consistency; that’s evidenced by the fact they largely took Rangers apart in the cup and then immediately lost to Ross County. A win here would be a big statement though and could help them climb the table given they’ve got games in hand on all of those above them. The fact Martin Boyle is suspended though makes this a much bigger ask.

When Giovanni van Bronckhorst was appointed Rangers manager he was stepping into big shoes with Steven Gerrard having done a very good job at Ibrox. After two games, it’s been a very strong start with two wins. A trip to Hibs isn’t easy but Rangers might welcome Kemar Roofe back into the squad; that would be a boost.

The final word on Hibs vs Rangers 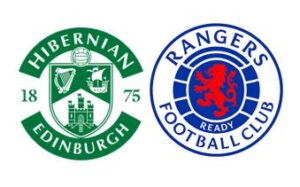