Hibs’ season has taken a downturn since the early part of the campaign but they could jump up to fourth with a win here. Will they get it? Find out with our Hibs vs Livingston preview here along with the predictions and free tips we mention along the way.

Hibs to take the points

Hibernian have had a decent run of form over the past month; their only losses in their last eight games came against Celtic. Hibs have also had a decent record at home this season, they’ve won five of 10 home games, losing three times. On the other hand, Livingston have lost half of their road games this season, they’ve won just three of 12 games away from home. It’s also fair to point out that Hibernian have lost just once the last 11 times they hosted Livingston; and considering they won seven of those games, Hibs should win at home.

The best odds for Hibs vs Livingston

Hibernian have enjoyed a good run of form recently; they’ve won three, drawn one and lost one of their last five games. Hibs will be eyeing their fourth win in six games as Livingston come visiting; will Martin Boyle help his team take all three points from this game?

Livingston’s perfect start to the year ended at Rangers in their last match; they now have just two wins in their last five games across all competitions. Livi will hope to bounce back from that loss; it’ll be interesting to see if Bruce Anderson will do enough to secure the win.

The final word on Hibs vs Livingston 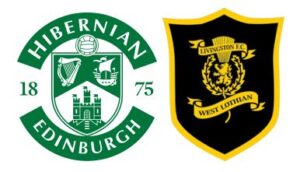