Hibs might have a League Cup final coming up but their league position is anything but top. Can they grab three points here? Find out with our Hibs vs Dundee preview here along with the predictions and free tips we mention along the way.

A win for Hibs

Hibernian have dominated Dundee in the past, they have no losses in their last 11 meetings with Dundee. Hibs have also won the last two, and four of the last five times Dundee came visiting; they have not lost at home to Dundee FC in over a decade. It’s worth pointing out that Dundee have been the worst away team in the Premiership this season; they’ve lost six of their eight road games, winning just once. Dundee FC have conceded six goals in their last two games away from home; and on that note, we’re making the prediction that Hibs will win at home.

The goals will flow

We’ve already mentioned that Dundee have conceded six goals in their last two games; we would also like to point out that they’ve scored their fair share of goals. Dundee have found the back of the net in five of their last six games; their games tend to be on the high-scoring side as a result of that. Four of Dundee’s last five games have gone above the 2.5 goal mark. In the same vein, encounters between these sides have produced a lot of goals; five of their last six games have gone over 2.5, with four of those games going over 3.5. With this in mind, we will likely get a few goals today.

Our final prediction for this game will be on the BTTS market. We’ve already established that clashes between these sides have mostly been high-scoring; we would also like to point out that both teams have scored in four of the last five meetings between these two. Hibernian have not been able to keep the goals out, they’ve conceded in all of their last 11 games; conversely, Hibs have found the net in five of their last eight games. Dundee have been consistent when it comes to scoring goals, they’ve scored in eight of their last 10 games; considering Dundee have conceded in seven of their eight road games this season, both teams should score.

The best odds for Hibs vs Dundee

Hibs vs Dundee: Meet the teams

Hibernian’s problems continued as they drew at St Mirren last weekend; they are now without a win in their last four games, with two draws and two losses. Hibs will hope to get back to winning ways as they take on Dundee; will Martin Boyle be able to help his team snap their losing streak?

Dundee FC are coming off two consecutive losses where they’ve conceded six goals; they’ll hope to halt their losing run with a win here. James McPake’s men will fancy their chances against a struggling Hibernian side; they’ll look to Paul McGowan to lead the lads to victory.

The final word on Hibs vs Dundee 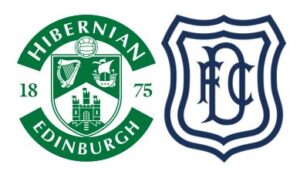