Dundee have been woeful this season with just five wins all campaign. Can they make it half a dozen here? Find out with our Dundee vs Hibs preview here along with the predictions and free tips we mention along the way.

To be fair, Hibs have not been playing well recently; they have four losses in their last seven games, with two draws and just one win. However, Dundee FC have been relatively worse; they are without a win in their last 12 games, with five draws and seven losses. Additionally, it’s worth noting that Hibernian tend to play well whenever they face Dundee; they are unbeaten in their last 13 encounters with Dundee, with eight wins and five draws. All things considered, we’re making the prediction that Hibs will win this match.

Dundee to concede the opening goal

We’ve already established that Dundee FC tend to struggle when they go up against Hibernian; we would also like to point out that they have a tendency to concede first. Hibs drew first blood in eight of the last 10 clashes between these sides. Furthermore, we should mention that Dundee failed to score in four of their last eight games; they had no clean sheets in those eight games, and they allowed the first goal in six of them. With this in mind, we believe that Hibernian will open the scoring in this match.

Both teams will bag

Dundee FC have not been very good at keeping the goals out; they have seen their defence breached in their last nine, and 11 of their last 12 games. Conversely, Dundee have scored their fair share of goals recently; they found the net in four of their last six games, with a goal scored per game on average. Similarly, Hibernian have scored and conceded a lot of goals recently; they scored in seven of their last eight games, whilst conceding in seven of those eight games. Both teams scored in four of Dundee’s last six, and in six of Hibernian’s last eight games; on that note, we should expect goals at both ends.

The best odds for Dundee vs Hibs

Things have not gone too well for Dundee FC the past few months; they are coming off back-to-back losses, and have no wins in their last 12 games across all competitions. Mark McGhee’s men will hope to halt their rotting streak as they host Hibernian; will Danny Mullen do enough to give them all three points?

Hibernian have been going through a rough patch in recent months; they managed just one win in their last seven games, with two draws and four losses. David Gray’s men will fancy their chances against an equally struggling Dundee side; it’ll be interesting to see how they’ll fare with Martin Boyle leading the attack.

The final word on Dundee vs Hibs 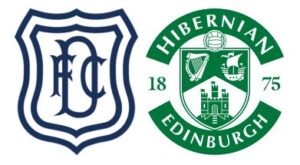