Free Match Tips from Punditfeed for Dundee vs Hamilton Academical

The Scottish League Cup pits together Dundee FC and Hamilton Academical in Group H’s opening fixture. Both sides will be gunning for the three points after positive results in their preseason outings. Here are some bias-free tips we have put together for Dundee vs Hamilton Academical.

Relegation from the Premiership is difficult and we believe it will only get worse before it gets better. Dundee are themselves to blame as they enter this fixture with just two preseason outings under their belt. On the other hand, Hamilton have had much more practice with five friendly fixtures. They earned the plaudits in four of these outings and should have enough in the tank to claim the three points on offer in this Group H fixture.

All five of Hamilton’s preseason fixtures concluded with Over 2.5 Goals. They averaged 4.8 goals per match in this period and will be looking to force the issue at Dens Park. Dundee will not sit back and take it after oiling their scoring boots in their own outings, hitting the back of the net 2.5 times on average. With both sides scoring freely in preseason outings, we believe should transpire into a high scoring affair in their League Cup outing.

Hamilton accumulated 24 strikes in their five preseason outings and will be confident in troubling Dundee on their own turf. The Dark Blues have not had the same amount of success but will be pleased with their own scoring prowess. This should see a twist in the established patterns of their encounters, which have finished with just one side on the scoreboard in four of their last five duels.

Relegation from the Scottish Premiership must have been tough on the Dark Blues faithful. Gary Bowyer’s men will start their path towards redemption as they take the pitch against Hamilton Academical. However, they have been unconvincing in their preseason outings and have left a lot of room to cover with just two preseason outings, the most recent of which concluded in a draw against Montrose.

Hamilton Academical have been in a rut of late, settling for midtable positions in the Championship. If going by their results in preseason outings, John Rankin’s men seem to have taken a turn this time around. However, they will have to prove their salt against Dundee at the Dens Park, a favourable venue from where they returned as victors in three of their last five trips.

Looking for the best odds for Dundee vs Hamilton Academical? We’ve got you covered. Check out our list of odds from the popular bookies and a few important stats to help you make a good prediction.

FAQ about Dundee vs Hamilton Academical 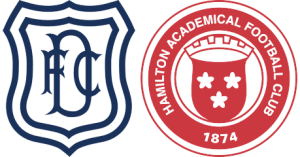 When is the kick-off time? The match will be played on July 09, at 16:00 GMT.
Where is the game being played? Dens Park.
What was the last H2H result? Hamilton Academical won with a 0-1 scoreline.