One of the closest duels in this Premiership round is the Dundee United vs Hibs matchup. With that in mind, we have prepared a detailed preview of the game, along with some free betting tips.

Our favourite Dundee United vs Hibs betting tips and picks

If you can’t decide on the right bet for Dundee United vs Hibs, check our top betting predictions for this duel:

While the two teams are only separated by one point in the standings, Dundee United is in pretty bad form right now since they’ve lost four matches in a row.

So, we expect Hibernian to win this game since they’ve been in better form recently. In addition to this, Hibs won the last three duels against Dundee Utd in which they were guests, so that also bodes well for our prediction.

Three of the last five head-to-head duels between Dundee United and Hibs have gone under 2.5 total goals and we can see the same happening on Sunday.

Martin Boyle to Score at Any Time

With seven goals in the league until, Martin Boyle is Hibernian’s top goalscorer and he is only two goals behind the league leader Watt, so he has a lot of incentive to keep scoring.

Since we expect Hibs to win this match, we can see the Scottish winger adding to his tally against Dundee United and keeping himself in the race for the top goalscorer of the league.

The best odds and useful stats for Dundee United vs Hibs

You don’t need to spend a lot of time looking for the top Dundee United vs Hibs odds – just check them all out right here:

Dundee United vs Hibs preview: Can Hibs win third in a row?

With four straight losses in the last four games, Dundee United is clearly in poor form at the moment. Despite this fact, the team is still sitting in the sixth place in the league and they can hope to get back into form if they can just get one positive result for starters. Another issue for the team are injuries since Dundee Utd will miss Levit, Biamou, Smith, Pawlett, and McNutly who are out with injuries.

After a slow start, Hibernian has clearly improved their form and now they are climbing up the standings. After all, Hibs have won two games in a row and they have only one loss in the last five matches. Overall, the team is in the fifth spot right now, seven points behind Hearts in third place. Mackie and Magennis will miss the upcoming game with injuries. 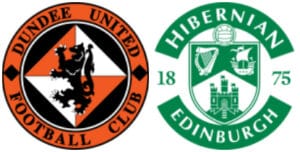