Today, we will talk about the upcoming match between Doncaster and Ipswich this Tuesday. If you are interested in seeing more League One predictions, you are welcome to check out our website.

Top Predictions and Free Tips for Doncaster vs Ipswich

Our experts’ betting tips and predictions for the Doncaster vs Ipswich match this week.

All odds and betting tips are from Ladbrokes and are subject to change. Before betting anything, make sure to double-check them via your bet slip.

Seven of the last ten times Ipswich traveled away from home, their matches ended with clean sheets. Also, their latest head-to-head against Doncaster in September last year ended similarly. We think that Tuesday’s match also has a high chance of ending with goals from only one of the teams, like four of the last five matches for Ipswich.

Doncaster doesn’t have any injured or suspended players on their roster, and they don’t have a chance of winning Tuesday’s match for one reason or another. They are one of the teams with the least points in the League One tournament and we don’t think they will climb out of relegation soon, especially looking at their most recent form.

Ipswich is our favorite in this match-up even if they don’t have the perfect recent form. They have two suspended players – Samy Morsy through sports court and Kane Vincent-Young via a card suspension. Besides them, there would be no more missing players from their squad this week because of injuries or other reasons.

In these tables, you can check out the most recent match data and statistics for Doncaster vs Ipswich this week.

What You Should Know About the Tuesday Fixture 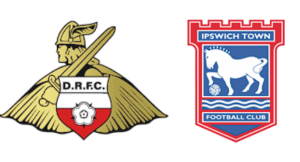