Today, we will go over the Cheltenham vs Sunderland match this week to find the best betting tips and odds for it. If you are interested in seeing more League One predictions, you should check out our website.

These free betting tips and predictions are what our team of experts came up with regarding the fixture this week.

All odds are subject to change, so before wagering on them, check out your bet slip. These odds are also from our recommended bookmaker for this match – Ladbrokes.

Two of the last three matches for Cheltenham and Sunderland played in League One ended with clean sheets. We think that Tuesday’s match also has a high chance of ending that way especially since the head-to-head history between the two clubs is made of two matches and both of them ended without a BTTS outcome.

Sunderland hasn’t been in the best recent form with three losses out of the last five matches and if we only look at that, we might believe that Cheltenham has a chance. But we have looked at all the data, including the fact that these two teams have played together only twice in history and both games were wins for Sunderland, including the most recent one in September last year. Also, there is a twenty-one-point difference between the two teams and their positions in the league.

Although Sunderland is the favorite team, they won’t be playing at 100% this week. Three of their players are out with injuries, but none are suspended. Nathan Broadhead has a hamstring injury, which he suffered in mid-December, but is set to be back at the beginning of April this year. Jordan Willis and Luke O’Nien are the other two injured, but we don’t know when they are scheduled to return.

Here, you can check out the most recent match histories and bookie odds for Cheltenham vs Sunderland on Tuesday. 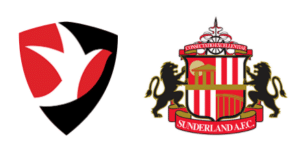