Celtic are chasing down their city rivals, Rangers, at the moment. Can they chalk up another three points here? Find out with our Celtic vs Motherwell preview here along with the predictions and free tips we mention along the way.

Celtic will win but they will concede

A HT/FT win for Celtic

Celtic have been the highest-scoring team in the Premiership this season; they’ve scored 36 goals in 16 league games. The Bhoys have scored six goals in their last two games alone; their games tend to be on the high-scoring side as a result of their goal scoring ability. Four of Celtic’s last five games have gone above the 2.5 goal mark. Similarly, meetings between these sides have mostly been high-scoring; as four of their last five encounters have gone over 2.5. With this in mind, our final pick for this game is over 2.5 goals.

The best odds for Celtic vs Motherwell

Celtic vs Motherwell: Meet the teams

Celtic have enjoyed a good run of form over the past month; they have won their last four, and seven of their last eight games across all competitions. The Bhoys will look to extend their winning streak to five games today; all eyes will be on Kyogo Furuhashi today.

Motherwell have strung up a few impressive results lately; they have won three of their last five games, losing just once in that stretch. The Well will fancy their chances of upsetting Celtic today; they’ll look to Tony Watt to lead the attack.

The final word on Celtic vs Motherwell 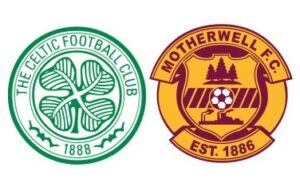