These are the top betting tips for the next League One match on our list – Cambridge vs Doncaster. If you want to see more League One predictions, you can visit our website’s latest content.

Latest Odds, Predictions, and Betting Tips for Cambridge vs Doncaster

In the list below, you can check out our top three betting tips for the upcoming fixture and read detailed predictions about the specific betting tips.

These odds are from the Ladbrokes bookmaker platform. Before placing any bets to make sure they haven’t changed by the time you read this because odds are subject to change.

70% of the last ten matches for both Cambridge and Doncaster ended with clean sheets. The match on Tuesday will likely end the same way. If we only look at League One matches in Cambridge’s history, we will see that the last five of them all ended that way.

Five of the last six matches for Cambridge all ended with fewer than 2.5 total goals scored. For Doncaster, in nine of the last ten games, they played they haven’t scored more than two goals. Most of them ended without scoring. We think that Tuesday’s match will also end the same way.

Final Match Preview for Cambridge vs Doncaster on Saturday

Although Cambridge doesn’t have had many positive games against Doncaster in recent times, we think that because of their form, they would most likely win the match this weekend. It’s also good for them that they don’t have any injured or suspended players for this week’s fixture.

As the last team in the League One table, Doncaster’s recent form isn’t good at all. They had four losses in a row out of the last five fixtures. They are also fourteen points behind Cambridge. The fact that there are no injured or suspended players on the team doesn’t help them at all.

In the tables below, you can check out the most recent statistics and team form for the Cambridge vs Doncaster match on Saturday. 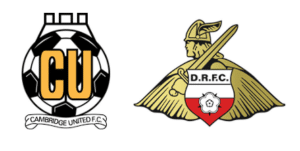