The South African league is drawing to a close and there are still a few unanswered questions, especially in the relegation battle. One of the matches that could provide some clarity is the TTM vs Kaizer Chiefs duel, so check our preview of this game:

The best free betting tips for TTM vs Kaizer Chiefs

With both teams struggling at the moment, it’s hard to offer a prediction on the TTM vs Kaizer Chiefs game. Still, we have chosen a few of our favourite betting predictions to help you out a bit:

TTM and Kaizer Chiefs to Draw

Even though TTM desperately needs to get a win here, their current form suggests that it likely won’t happen. The team that bought its way into the Premier Division may quickly be relegated from it, although the hope is still alive. The first game between these two teams ended in a 3-0 Kaizer Chiefs win, but we think that a draw is the most likely result in this match since both teams are playing badly at the moment.

TTM and Kaizer Chiefs to Draw at Half Time

While we didn’t see both teams score in the first-ever match between these two teams earlier this season, we believe that this could happen now. Kaizer Chiefs averages 2.28 goals per game, which is the second-best score in the Premier Division. Also, both teams have scored in 60% of their games, and with TTM having to chase the win, we can see this happening in their duel.

TTM vs Kaizer Chiefs preview: A crucial game for TTM

The home team is in the fight for survival since they are currently in the relegation zone of the South African league. meanwhile, Kaizer Chiefs seems safe in their mid-table spot, but they are not that far from a relegation battle if they go on a poor streak. So, let’s take a closer look at these teams:

Tshakhuma Tsha Madzivhandila, often referred to as TTM or just Tshakhuma, is in a dangerous position right now. The team is 15th in the South African league and if they stay there they will have to play more games to avoid relegation. However, TTM is only two points away from safety and they have played two games fewer than Chippa Utd, the team that is in 14th place. That being said, Tshakhuma has been playing poorly in recent weeks, with five losses in their last eight games in the league.

With 29 points from 25 games, Kaizer Chiefs are closer to relegation than they are to a spot in the African club competitions. That being said, the team looks pretty secure in the mid of the table and with only five games to go, they are unlikely to slide down to fight against relegation. Kaizer Chiefs are not in the best form at the moment, with five losses in their last eight games, along with two wins and a draw.

Top odds and useful stats for TTM vs Kaizer Chiefs

The odds for TTM vs Kaizer Chiefs can vary from one website to another. With that in mind, we have selected a few bookies and their odds to help you find the best ones: 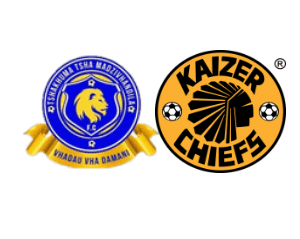