Oita Trinita makes the trip to the Japanese capital on June 25 for their J1 League engagement with FC Tokyo at the Ajinomoto Stadium. The hosts have won three matches in succession in all competitions and will look to make it four as they host the visiting Oita Trinita. We have done extensive research for this preview, so we can help you out with a few free betting tips.

Free Match Tips from Punditfeed for Tokyo vs Oita Trinita

Here are some bias-free tips we have put together for Tokyo vs Oita Trinita.

Fifteen points and nine places separate FC Tokyo and Oita Trinita. The hosts are on a winning run, winning three and drawing once in their last five league outings. Oita’s fate is a complete reverse, with three defeats, one draw and a victory. History is also on the capital club’s side, who have won six and drawn three of their last ten H2H fixtures. FC Tokyo are favourites for this fixture and should add to Oita’s misery in this fixture and claim the three points on offer.

Historically speaking, the duels between FC Tokyo and Oita Trinita have been low scoring affairs. Seven of their last ten meetings have seen the match conclude with an Under 2.5 goals scoreline. This is in line with our expectations for this match given both teams inability to score freely, especially the visiting Oita Trinita who have only scored 12 goals in 18 matches.

The hosts have failed to score in three of their last ten home fixtures and also boast of three clean sheets. Oita Trinita’s scoring woes have seen them shut out six times across ten away fixtures. Couple this with their two clean sheets and we have a pattern of matches where just one team has scored. This match has all the ingredients for more of the same as FC Tokyo fight it out with Oita Trinita.

After a mediocre start of the campaign, FC Tokyo has been resurgent in the J1 League. They have moved clear from the relegation slots and are eyeing a push for a top-half placement. While their defence continues to concede goals with aplomb, the attacking department has started to make their presence felt. However, more is asked from the latter as the race for points intensifies. Brazilian forward Diego has done his part with his seven goals and two assists.

Oita Trinita continues to struggle in Japanese top-flight football. They have lost 11 matches this season and sit uncomfortably in the relegation slots. While they have conceded just one goal more than FC Tokyo in tenth place, it is their woeful scoring efforts that have hamstrung them. With just 12 goals in 18 league outings, they have the league’s second-worst scoring output. Tomohiro Katanosaka needs to address this if he wants J1 League action at the Showa Denko Dome next season.

Looking for the best odds for Tokyo vs Oita Trinita? We’ve got you covered. Check out our list of odds from the popular bookies and a few important stats to help you make a good prediction.

FAQ about Tokyo vs Oita Trinita The game is played at Ajinomoto Stadium.

FC Tokyo are favourites in the fixture @ odds of 4/5. 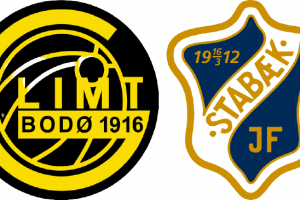