The host team got off to a great start in this new Argentine first division tournament, defeating one of the most consistent teams of the previous tournament as visitors. While Barracas played at home and conceded a bitter draw in the last minutes, winning for most of the match.

Top tips and Predictions for Tigre vs Barracas Central

To set the right bet for Tigre vs Barracas Central, read about our predictions and betting tips for free:

Although the visiting club put in a good performance the previous day, they will be facing one of the finalists of the last tournament. In addition, their most recent meeting history favors El Matador who has taken all 3 points in their last 2 encounters. We expect Tigre to get a new victory with few difficulties generated by their rival.

During the previous tournament Tigre proved to be a winning team, however, they usually win with short results. In addition, their next opponent always manages to defend well, so we think that the final result will not be so high.

On the last 2 occasions that the two have met, Tigre won to nil. Their most recent duel was in the previous tournament when El Matador traveled to Córdoba for a 0-2 victory. We predict that Tigre will be stronger at home and will not allow their opponent to score.

Tigre vs Barracas Central Preview: who will get its first win?

In their last match, Tigre played one of the most evenly matched games of the first day of Argentine soccer. In the first half, both Tigre and Unión Santa Fe maintained a good defensive scheme that prevented the rival team from having clear goal opportunities. In the second half, it was a little different and in the 58th minute, the Santa Fe club opened the scoring. El Matador reacted immediately and in the next 10 minutes, scored 2 goals to define the final result.

Barracas central missed a great opportunity to start the tournament with 3 valuable points. The team coached by Alfredo Berti took the field with the intention of getting the victory, through a high pressure, managed to recover the ball and generate a penalty, which was scored by Ivan Tapia, who would later miss another penalty in the second half. In addition, Los Barraqueños did not take advantage of other clear scoring opportunities during the match, and with less than 15 minutes left to play, Central Córdoba equalized the match.

A Great Analysis Tigre vs Barracas Central stats and odds

If you want to bet on the top odds for Tigre vs Barracas Central, check our selection of odds from the best betting sites:

FAQs for Tigre vs Barracas Central Who is the host? Tigre is host at Don Jose Dellagiovanna in Buenos Aires

Who is the bookmakers’ favourite to win? The more probable winner is Tigre at 1/2 (1.50) 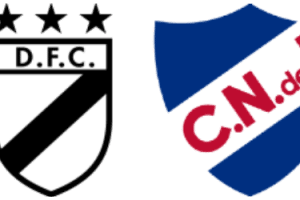