Tenerife go up against Girona in the Monday night kickoff. This preview will focus on the game which will take place at the Estadio Heliodoro Rodríguez Lopéz.

Tenerife remain in the top six places even after the 0-0 draw with Ibiza in the midweek action. This stalemate meant that Tenerife were unable to pick up three consecutive wins. Girona continued with their impressive points return thanks to goals from Stuani, whose hat-trick helped the club get a 3-1 victory over Alcorcon.

Tenerife to win the game

Tenerife might have only a 50% win record when it comes to home matches this season, but Girona are not the team to create a lot of hassle in away games. Even after picking up back-to-back away victories, Girona have reasons to be cautious so that they can improve on their recent form. Tenerife will be aware about the threat posed by Girona, but the home form of Tenerife should see them through.

The game features two teams who have been scoring goals at a reasonable pace. The two teams have also been creating a decent number of chances as well. A total of the eight games involving Tenerife have produced more than 2.5 goals compared to just six matches with less than 2.5 goals.

Cristhian Stuani has been in outstanding form with seven goals in just six league matches so far this season. The 35-year-old has been one of the dependable assets for Girona over the last few years. He has now scored in three consecutive games.

Tenerife will be keen on maintaining momentum once the dust settles. Tenerife have been able to register two wins in the last three games. There have not been too many setbacks for the home team. Javi Alonso, Matías Nahuel, and Borja Lasso are the players unavailable for Tenerife.

The upturn in the league position continues for Girona following a return of three wins in the last four league matches. Since the defeat to Huesca back in the middle of October, Girona have been unable to do much wrong about from failing to keep a clean sheet in the last four.

Analysing the Stats for Tenerife vs Girona

FAQs on Tenerife vs Girona game 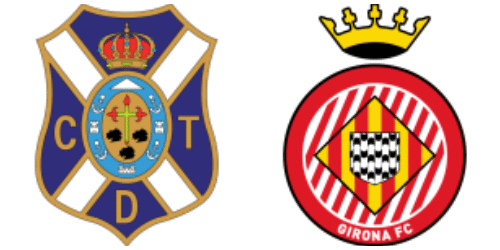