Sunderland look to regain the top spot in the League One when they take on Cheltenham at the Stadium of Light in the midweek action. The Black Cats saw them slip to 2nd place despite the win over Bolton during the weekend.

Sunderland picked up a narrow 1-0 victory over Bolton to take the unbeaten streak to 5 matches in League One. Meanwhile, Cheltenham suffered a 2-0 loss against promotion-chasing Wigan Athletic away from home.

Sunderland to win the game

The Stadium of Light has been a fortress for Sunderland so far this season. The team has a 100% record on this ground and they have also been in sensational form by dropping just two points from the possible 15 in the last month. Cheltenham arrive on the back of two consecutive losses and the club will be quite looking forward to getting back to home matches, which does not happen until the first week of October. This will be the first game for Cheltenham at the Stadium of Light since 2005.

Sunderland have been creating a lot of chances and it is not a surprise to see the team rewarded with almost 2 goals per game on an average this season. At the back, Sunderland have been relatively decent with just under a goal per game conceded. Cheltenham are no strangers to scoring away from home and they have actually managed to get more away goals than Sunderland so far.

Carl Winchester is having a spectacular campaign in front of goal. The midfielder has been able to get into great positions so far this season and he has been rewarded with three goals in his eight appearances. All of his three goals have come at the Stadium of Light.

The start to the season has been quite good for the Black Cats but the failure to snatch the top spot from Wigan will be a disappointment from the weekend. On the positive side, Sunderland have kept back-to-back clean sheets in all competitions – including the win over Wigan in the League Cup. Arbenit Xhemajli and Jordan Willis are unavailable for Lee Johnson due to injuries.

Cheltenham have gone through back-to-back away games and the club may not have huge expectations ahead of a third consecutive trip. The games against the two promotion-chasing outfits was always going to be difficult, but Cheltenham have been doing well just to keep closer to the top half.

Analysing the Stats for Sunderland vs Cheltenham

FAQs on Sunderland vs Cheltenham game 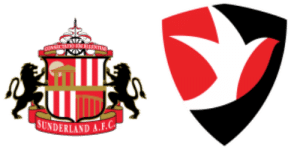