Estádio José Alvalade is the place for the Portuguese Primeira Liga meeting between Sporting CP and Moreirense this weekend. There are 10 places separating the two teams in the league table and this preview will focus on all the best betting tips for this game.

Sporting CP are on a three game winning sequence in the league after beating Arouca just before the international break. Since then, they have been able to reach the fourth round of the Taca de Portugal after the 4-0 win over CF Os Belenenses. Crucially, Sporting CP beat Besiktas 4-1 in an away Champions League group match. Moreirense required extra time to overcome Oriental Dragon in their cup match, which finished as a 3-2 win.

Sporting CP have a brilliant record against Moreirense with a 21 game unbeaten run. The champions are also unbeaten in the last 21 matches at home. Both these records make it quite difficult to think about anything other than a Sporting CP win considering that Moreirense are flirting with the relegation zone for a while.

Even though Sporting CP are just a point behind table leaders Benfica, it is a surprise to see the champions scoring just 13 goals – only three more than Moreirense. As a result, just one of the last four league matches involving Sporting CP has been with more than 2.5 goals.

Sporting CP to win to nil

Sporting CP are on hand to either be in touch with Benfica and Porto. They could also move to the top of the table for the first time since the third match day. One good news for manager Rúben Amorim is the availability of a fully fit squad for this game.

Moreirense have reasons to be worried about the team just a handful of places above the bottom three. The team did spend time in the bottom three briefly but four points from the last three matches has so far helped them keep their heads above the water. Pablo Santos, Galego, and Nikola Jambor are the names unavailable for Moreirense.

Analysing the Stats for Sporting CP vs Moreirense 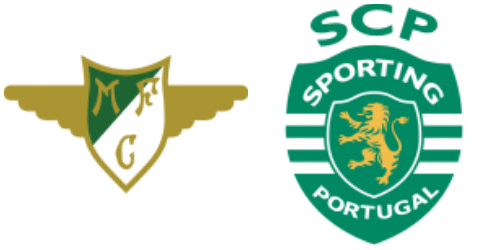