Sparta Rotterdam and NEC go head-to-head in the Eredivisie on Friday. Read our predictions and find the latest odds for the game below in our detailed match preview.

NEC could climb up to third spot if they can mastermind a victory at Sparta on Friday. Read our top three expert predictions for this week’s fixture below.

Sparta Rotterdam finally got their campaign up and running last weekend, securing their first win of the new season thanks to a fine 3-1 win at home to Fortuna Sittard. NEC meanwhile, picked up a useful point at home to Willem II, though they played 75 minutes of that contest with a man advantage. Indeed, the last time NEC faced 11 players for the duration was in their 5-0 hammering at the hands of Ajax four games ago, and we think Rogier Meijer’s charges could struggle against Sparta’s full complement on Friday.

NEC have put a firm focus on defence in the early exchanges of the 2021/22 Eredivisie campaign and under 2.5 goals has landed in three of their first four matches as a result. We expect Rogier Meijer’s cautious outfit to dig in again when they visit Rotterdam on Friday and a game decided by fine margins is anticipated. With the considered, we recommend taking the under 2.5 goals line again.

Sparta Rotterdam have scored three goals in first half in the two Eredivisie home matches they’ve contested since the summer and their knack for hitting the net early could allow them to establish a first half lead against a tentative NEC side this week. The club from Nijmegen shipped five goals in the first period of their game at Ajax last month and they could be caught cold again by a Sparta team playing with renewed confidence after last weekend’s victory over Fortuna.

Sparta Rotterdam have few injury worries to contend with ahead of Friday’s game and coach Henk Fraser is likely to keep faith with the team that performed so well against Fortuna Sittard last time out. That would mean that midfielder Mohammed Osman would keep his place having made his first start of the campaign in Sparta’s win.

Defender Rens Van Eijden still hasn’t featured for NEC this season and his knee injury will probably keep him on the sidelines for Friday’s game. Young Belgian midfielder Mathias De Wolf is also considered doubtful, though the 19-year-old is unlikely to have started even if match fit. Remarkably, NEC’s opponents have had a man sent off in each of the club’s last three Eredivisie fixtures and it will be interesting to see how they perform if it stays 11 vs 11 on Friday.

Top Betting Odds and Stats for Sparta Rotterdam vs NEC 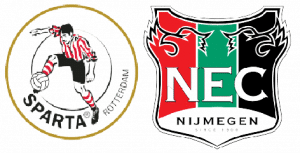 Friday’s fixture will be contested at the Sparta-Stadion Het Kasteel.

Who is favourite to win Friday’s game?

Sparta Rotterdam have been priced as favourites to beat NEC by the bookmakers. 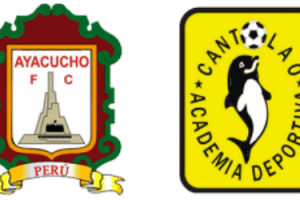