Sparta Prague and Lyon face off in Europa League Group A matchday three on Thursday evening. Read our predictions and find the latest odds for the fixture below in our expert match preview.

Lyon are hoping to make it three wins from three as they prepare to take on Sparta Prague on Thursday. Read our top three expert predictions for this week’s fixture below.

Lyon have started their Group A campaign strongly, collecting maximum points from their first two fixtures in the section and a third victory on the spin looks possible in Prague. Sparta are on a decent run themselves, though it’s worth noting that they were beaten 2-0 at home by French club Monaco in the Champions League qualifiers earlier this season – a team Lyon beat themselves at the weekend. Les Gones look built for success in the Europa League and we recommend backing them to triumph this week.

While we expect Lyon to pocket the points in Czechia, a clean sheet could be beyond them. Both teams have scored in six of OL’s last nine matches in all competitions, while Sparta have notched at last once in eight of the nine assignments, they’ve played on home soil since the summer.  It’s also worth pointing out that Lyon have scored in ten straight contests, so back both teams to register again on Thursday.

Lyon hit five goals in their first two Europa League Group A tests against Rangers (2-0) and Brondby (3-0), and Les Gones have the quality in the final third to do some more damage against Sparta Prague. Lyon have scored at least twice in five of their last eight fixtures and their possess the counter-punching prowess to pick their hosts off this week. With that considered, they look an excellent price in the over 1.5 team goals market.

Ladislav Krejci I, Ladislav Krejci II, Casper Højer and Lukás Julis could all be sidelined for Sparta this week, though the Czech giants won’t be as depleted as they were against Rangers in their last Group A skirmish. Prague are battling Lyon for supremacy in the section, though their early unbeaten record is under threat this week against their formidable French foes.

Moussa Dembele and Islam Slimani are both struggling with injuries for Lyon, though Anthony Lopes is available again following his domestic suspension. Lucas Paqueta should also feature in the matchday squad following his absence at the weekend. Lyon’s only defeat in their last ten fixtures came at PSG, so Les Gones take some promising form with them to Prague.

Top Betting Odds and Stats for Sparta Prague vs Lyon 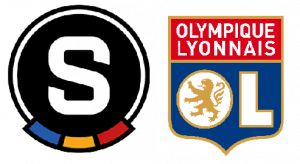 Thursday’s game will be played at the Generali Česká pojišťovna Arena.

Lyon have been priced as favourites to win this week by 888sport.