UTC Cajamarca hope to pick up a first victory over Carlos Mannucci when the two teams up against one another at the Estadio Héroes de San Ramón in the first kickoff of the weekend.

UTC Cajamarca have been on a roll with the team registering yet another victory last weekend. The success came against ADT in a 2-1 result with Peraza and Gentile scoring the goals in the second half. Carlos Mannucci are back among the winless sequence after only managing a goalless draw with Alianza Atletico in the last game.

The last two meetings between UTC Cajamarca and Carlos Mannucci have finished with a 2-2 score when they have met each other at the Estadio Héroes de San Ramón. It is very likely that both teams will end up sharing the spoils in a high-scoring fixture, as both carry decent scoring form.

Carlos Mannucci might have not scored in the recent draw with Alianza Atletico, but this happens to be the first blank for the team in away games for more than two months. UTC Cajamarca have not been great at the back with recent matches involving a string of goals.

UTC Cajamarca have provided a ton of entertainment for spectators in recent weeks with many of the games producing more than 2.5 goals quite comfortably. However, such a run cannot continue if the team are looking to move up the table. Manager Marcelo Grioni has won both of his games against Carlos Mannucci and he will be only without Robin Wildhaber for this game.

Carlos Mannucci have struggled for picking up victories even after the managerial change that resulted in the arrival of Mario Saralegui in the dugout. The visiting team will be without Carlos Neyra due to injury.

Detailed Stats and Numbers for UTC Cajamarca vs Carlos Mannucci 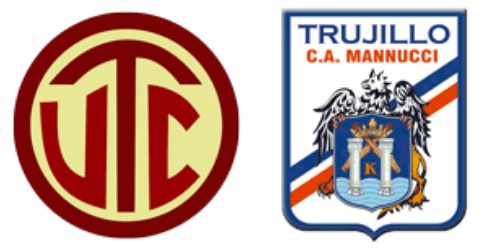 Where is the match going to take place? Estadio Héroes de San Ramón

Who is the favourite team to win the game? UTC Cajamarca