Estadio Santa Laura-Universidad SEK is the location for a meeting between Universidad de Chile and the Union La Calera this weekend. Both teams are struggling for form in the bottom half of the Chilean Primera Division.

Universidad de Chile are in league action for the first time since the 1-0 loss to Cobresal, and the team did manage a 2-2 draw with General Velásquez in the second leg of the Copa Chile to progress 4-3 on aggregate. Union La Calera are winless in three league outings after a 1-1 draw with Union Espanola. In the midweek action, the team were knocked out of the Copa Chile on penalties by Santiago Morning.

This match follows two teams who are struggling for form. The last six league matches each involving the two teams have produced only three victories. However, in the recent head-to-head games between each other, Universidad de Chile have come out on top with three consecutive victories. This time around, Universidad de Chile might have to settle for a point with the team more focused on stopping Union La Calera from catching them in the league table.

The games between Union La Calera and Universidad de Chile have been very entertaining over the years with the last three matches producing more than 2.5 goals quite easily. In fact, just one of the recent five games between the two clubs has been a dull game. This time around, both teams have a lot of pressure not to lose and they are unlikely to give up easily.

There are only three points separating Universidad de Chile and Union La Calera in the table. This is down to a defence that has shipped more than 1.3 goals per game on average. There will be goals from both teams in this fixture.

Universidad de Chile are just on the border of getting into the top half of the table, but the team has been unable to build any sort of momentum so far this season. In the first 15 matches of the campaign, there have been only five victories for Universidad de Chile, who have Luis Casanova and Franco Lobos missing due to injuries.

Union La Calera come into the fixture after having had a disappointing outcome in the Copa Chile despite having had a first leg advantage. This is likely to play on the minds of the team as they also look to avoid yet another defeat against Universidad de Chile. 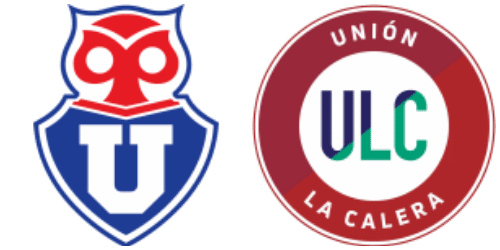 Where is the match going to take place? Estadio Santa Laura-Universidad SEK

Who is the favourite team to win the game? Universidad de Chile