The upcoming second legs of Copa Sudamericana qualifiers bring us a few exciting matchups and Union La Calera vs Nublense duel is one of them, so check our preview to learn more about it.

If you are not sure what is the right bet for the Union La Calera vs Nublense duel, check our top betting tips for this match:

The first game between these two teams ended without any goals and that gives Union La Calera a small advantage ahead of the second leg since they will host the next game.

However, Nublense is currently first in the Chilean Primera Division with four wins and two draws, while Union La Calera has six points so far only. So, our prediction is for Nublense to win this game.

Union La Calera and Nublense to Draw at Half Time

After all, four of the last five head-to-head duels between Union La Calera and Nublense have been draws at half times and we can see that trend continuing in this game.

All of the previous five five h2h meetings between Union La Calera and Nublense have gone under 2.5 total goals and we expect the same to happen in their next game.

The new season did not start great for Union La Calera since the team only managed to collect six points from the first six rounds of Chilean Primera Division. However, the team is in good position ahead of the second leg against Nublense since they managed to stay undefeated in the first leg away from home.

Nublense has been impressive so far in the Chilean Primera Division with four wins and two losses in the first six rounds of the competition, which is enough to put the team at the very top of the standings now. Meanwhile, Nublense failed to get a win in the first leg in Copa Sudamericana qualifiers against Union La Calera, so they will have to do well in the rematch if they want to get to the group stages.

If you are eager to bet on the best odds for the Union La Calera vs Nublense duel, take a look at our website to find them all:

The usual questions for Union La Calera vs Nublense 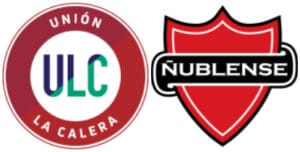