The last match in the upcoming round of Serie A is the Sao Paulo vs Palmeiras duel, so make sure to check our preview of the game and our free betting tips as well.

Our top Sao Paulo vs Palmeiras betting predictions and tips

If you are not sure what is the right bet for Sao Paulo vs Palmeiras, check our top betting picks for this game right here:

Sao Paulo and Palmeiras to Draw

While Palmeiras has dominated Serie A so far since they are convincingly leading the league, Sao Paulo is currently sitting in the fourth place in the standings, seven points behind Palmeiras.

So, the guests are slight favourites to win this game, but the home is far from an inferior opponent. With that in mind, we can see this game ending in a  draw, which would suit both teams.

Sao Paulo and Palmeiras to Draw at Half Time

Since we expect this game to end in a draw, we can also see Sao Paulo and Palmeiras being tied at half time. After all, that’s often the case for matches than end in a draw.

That being said, we did not see a draw at half time in the last five h2h meetings between Sao Paulo and Palmeiras. Still, we can see that happening in this game.

Three of the previous five head-to-head duels between Sao Paulo and Palmeiras have gone over 2.5 total goals, so we wouldn’t be surprised if that’s the case in their next game as well.

After all, both teams have averaged 2.50 goals per game so far in Serie A, which is among the highest averages in the league. With that in mind, seeing three or more goals in this match doesn’t sound so far fetched.

Sao Paulo vs Palmeiras preview: Can the home team slow Palmeiras down?

With eighteen points from the first twelve games in the new Serie A season, Sao Paulo is currently sitting in the fourth place in the standings, eight points behind league leaders and their upcoming opponent Palmeiras. However, they are not in such a great form at the moment since they only have one win in the last six games, along with four draws and one loss. They also have seven players on their injury list right now.

The reigning champions of South America have started the new season well on all fronts since they had all six wins in their Copa Libertadores group and they are currently first in Serie A with seven wins, four draws, and just one loss in the first twelve games. So, the team is clearly in great form right now, but they do have four players on their injury list ahead of the next game.

The top odds, stats, and more for Sao Paulo vs Palmeiras

If you don’t want to waste time looking for the best Sao Paulo vs Palmeiras odds, check them all right here, on our website: 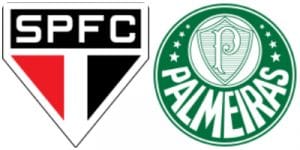