The Santos vs Fortaleza duel should be a very close and interesting one, so check our preview of this Serie A match if you want to learn more about it and if you want to check our free predictions for this game.

Our top Santos vs Fortaleza betting tips and picks

If you are unsure what is the best bet for the Santos vs Fortaleza duel, check our favourite predictions for this match:

Santos and Fortaleza to Draw

Although Fortaleza had a fantastic season and they are currently ten points ahead of Santos, they also lost three of their last five matches in the league. Meanwhile, Santos is in a bit better form, but not by much, so a draw sounds like the most reasonable outcome in this match. In addition to this, three of the previous five meetings between Santos and Fortaleza have ended without a winner.

Santos and Fortaleza to Draw at Half Time

Since we think that this match is going to end in a draw, we also believe that the teams could be tied at half time as well, which is often the case in matches that end without a winner. After all, Santos and Fortaleza were tied at half time in three of their last five head-to-head duels, so we wouldn’t be surprised to see that happen again in their next game.

Both teams have scored in four of the previous five h2h duels between Santos and Fortaleza, so we can see the same thing happening in their upcoming match as well. That being said, both teams have scored in just 29% of all Santos games this season in the league, as well as just 41% of all Fortaleza matches in Serie A. Still, we like our prediction based on the recent h2h history.

The best odds and key stats for Santos vs Fortaleza

If you want to bet on the highest Santos vs Fortaleza odds, check our list of odds from the top UK betting sites:

Santos vs Fortaleza preview: Can Fortaleza get out of the slump?

One of the most popular teams in Brazil has struggled most of the season and they were even in the relegation zone for a while. However, Santos managed to get in form in the right time and with three wins in the last five games they’ve climbed to the 11th spot in the standings and far from any relegation worries. On the other hand, Santos will be without six injured players in the next match.

Despite their poor form and the fact that they’ve only managed to win one game in the last five rounds, Fortaleza is still sitting in the sixth place in the standings thanks to their impressive form earlier in the season. Overall, it’s safe to say that Fortaleza had a great season since they will finish in the top half of Serie A and they’ve reached the Copa do Brasil semi-finals.

Frequent questions for Santos vs Fortaleza 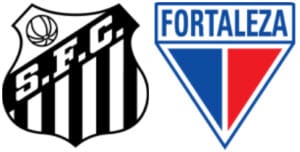