The River Plate vs Defensa y Justicia duel is the derby of the upcoming round of Liga Profesional, so let’s take a closer look at the match and our free betting tips.

If you need a bit of help to find the right bet for River Plate vs Defensa y Justicia, check our top betting tips for this match right here:

Since River Plate has already won the title, they won’t have any competitive motive for winning this match. Meanwhile, Defensa y Justicia is currently third in the standings, but they can finish second if they can get points in the last two matches.

Despite this, we don’t see the guests winning this match, but a draw does sound like a reasonable outcome. After all, two of the last five meetings between River Plate and Defensa y Justicia have ended in draws.

River Plate and Defensa y Justicia to Draw at Half Time

Since we expect this game to end in a draw, we can also see the teams being tied at half time. After all, that is the most common result at half time for matches that end in draws.

Furthermore, Defensa y Justicia drew at half time in fifteen of their twenty three games this season, which is a very high number and we can see that trend continuing in their next game.

Both teams have scored in three of the last five head-to-head duels between River Plate and Defensa y Justicia, so we can see that happening once again on Monday.

In addition to this, both teams have scored in 52% of all River Plate games in Liga Profesional so far, while the same is true for 52% of all Defensa y Justicia matches in the league this season.

If you want to place a bet on the best River Plate vs Defensa y Justicia odds, check our selection of odds from different UK bookies:

Not only did River Plate win the title for the first time since 2014, they also did it in incredible fashion, by going on a huge streak without a loss. At the moment, the team has avoided a loss in the last eighteen games, winning fifteen of those matches and only drawing in three of them. Angileri, De la Cruz, and Suarez will miss the next match in the league with injuries.

This has been a very successful season for Defensa y Justicia since the team is currently sitting in the third place in the standings and they are on a run of eight wins and two draws in the last ten games. So, it’s more than likely that they can keep the third spot at the end of the season, but they need to do well in the remaining games or the risk being overtaken by a few other teams. Amade, Cardona, and Ortiz are injured and out of the next game. 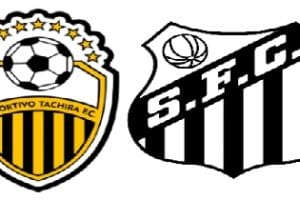