Rentistas hope to continue their excellent home form when they welcome Albion to the Complejo Deportivo Rentistas this weekend. Albion are just two points off the top in the Torneo Intermedio early stages.

Rentistas lost for the first time since June, as they were beaten 3-1 by table leaders City Torque. This was the first defeat in three matches for Rentistas. Albion managed a 1-1 draw with Wanderers to extend their unbeaten streak in the league to 3 matches.

Rentistas were able to get a big 5-3 win over Albion in the reverse fixture back in February. Albion come into the game with no wins in the away games against Rentistas. It is very unlikely that Albion will be able to challenge Rentistas even with the good start to the Torneo Intermedio campaign that they have made so far. Rentistas are still waiting for the first win of the Torneo Intermedio stages after picking only one point from the opening two rounds.

The likelihood of goals from the two teams is a good move. Albion have been struggling for goals even if they have been able to get some positive results. In the last five matches, Albion have witnessed more than 2.5 goals only on one occasion.

Albion have not scored in two out of the last five matches in all competitions. The scoring record is especially poor when it comes to away matches. Rentistas have picked up two clean sheets in the last three matches at home with only Deportivo Maldonado scoring past them at the Complejo Deportivo Rentistas.

Rentistas have been able to make a string of excellent calls in recent home matches, but the mediocre start to the Torneo Intermedio campaign is something that will worry the team. After two matches, the team are still waiting for a first victory in the group. Alexis Rolin and Gonzalo Andrada are the players who are unavailable for the game.

Albion manager Ignacio Risso has managed only one victory in his three games against compatriot Leonel Rocco. However, Albion have made a strong start to the Torneo Intermedio stages with four points already and they are unbeaten in the last three matches. Santiago Correa is the player who is missing from action for this game.

Detailed Stats and Numbers for Rentistas vs Albion

FAQs on Rentistas vs Albion game 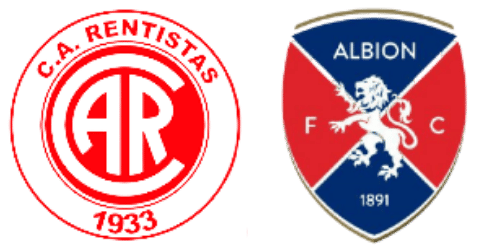 Where is the match going to take place? Complejo Deportivo Rentistas

Who is the favourite team to win the game? Rentistas