One of the more interesting matchups in the upcoming Serie A round is the RB Bragantino vs America Mineiro duel, so check our preview of this game to learn more about it.

Our free betting predictions for RB Bragantino vs America Mineiro

If you need help to find the right bet for the RB Bragantino vs America Mineiro duel, check our top betting tips for this game:

It’s going to be a tough game for RB Bragantino since they enter this match after losing the Copa Sudamericana final to Athletico Paranaense. Bragantino is also not in the best of forms since they lost four of their last six matches in the league, while America Mineiro is doing well with just one loss in the last six games.

However, RB Bragantino is better overall and they have a chance to finish in top four teams in the league if they can overcome their issues. We expect them to come into this game with a sense of urgency and look for redemption after losing that final, so our prediction is for RB Bragantino to win.

Four of the previous five head-to-head duels between RB Bragantino and America Mineiro have gone under 2.5 total goals and we can see that trend continuing in their next game.

In addition to this, America Mineiro averaged just 2.09 goals per game so far in the league. Meanwhile, RB Bragantino averaged 2.65 goals per game in Serie A this season, but they’ve gone under 2.5 total goals in three of their last five games in all competitions.

Furthermore, both teams have scored in just 44% of all America Mineiro games this season and while this happened in 56% of RB Bragantino matches in the league, we still don’t see it in this game.

You don’t have to spend a lot of time trying to find the best RB Bragantino vs America Mineiro odds – we have them all right here:

It’s been a great season so far for RB Bragantino who reached the Copa Sudamericana final, although they failed to win their first major trophy in history after losing to Athletico Paranaense. In Serie A, Bragantino is currently fourth, but they are on a bad run in which they lost four of their last five games. The team also struggles with injuries at the moment, with six players on their injury list.

The team that earned the promotion to the top flight of Brazilian football last season did very well on their return to Serie A and they are definitely sticking around for the next season season. At the moment, America Mineiro is right in the middle of the standings, in the tenth place in the league. They are also doing ok recently, with two wins, two draws and two losses in their last six games. Berrio, Eduardo, and Ribamar are injured and out of the next game. 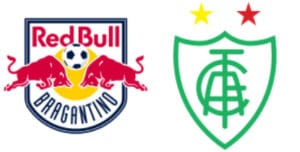