Palestino are the latest in the way of Union Espanola as they look to go in search of a top spot in the Chilean Primera Division. Union Espanola are level on points with Colo Colo and Nublense.

Palestino come on the back of a disappointing exit from the Copa Chile and this result may motivate to enhance their overall record against Union Espanola. In the last five meetings between these two teams, Union Espanola have been unable to get even a single victory. Palestino have registered two wins in the last three meetings, but the recent form of the home team does not give a lot of confidence to expect three point going the way of the hosts.

Palestino have been on a very poor run of form that is likely to affect the confidence levels. Union Espanola have been scoring a lot of goals with 11 in the last four matches. However, a majority of these games have come in the two matches.

Union Espanola have registered back-to-back clean sheets in the Copa Chile. The away games for the team have produced a decent number of goals. Palestino’s poor form is likely to see them fail to score a goal. Even at home, Palestino have not managed more than 1.5 goals in a majority of the recent matches.

Palestino went through a three-game unbeaten run at home before the streak came to an end with the loss against Cobreloa in the Copa Chile. Even though Palestino have a good head-to-head record against Union Espanola in recent matches, the upcoming game could see the advantage to let in the opposite direction. Palestino manager Gustavo Costas comes with a fully fit squad.

Union Espanola manager Cesar Bravo is still looking for his first victory against Palestino. In fact, his personal record against Palestino is very poor with three defeats in four. One advantage for Bravo would be the lack of injury problems. 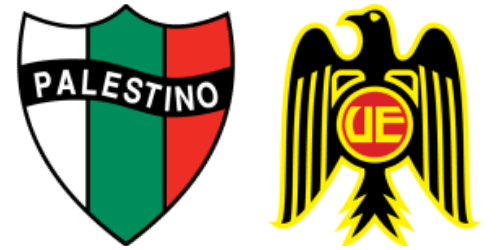 Where is the match going to take place? Estadio Municipal de La Cisterna

Who is the favourite team to win the game? Palestino