One of the more exciting matches in this round of Copa Libertadores is the Nacional vs RB Bragantino duel, with both teams hoping to get to the next stage. Here’s  our detailed preview of the game and some free betting tips.

Our top Nacional vs RB Bragantino betting picks and tips

If you can’t seem to choose the best bet for Nacional vs RB Bragantino, check our favourite betting predictions for this game:

Nacional and RB Bragantino to Draw

Three teams are still hoping to get out of Group C by claiming the second place behind Estudiantes and two of them will meet in Montevideo. Bragantino can progress to the next stage simply by winning, while Nacional needs a win and for Estudiantes to beat Velez.

In any case, we expect this to be a very exciting game and each team has reasons to hope for three points. But at the end, we don’t see this game having a winner at all since Nacional is in better form, while Bragantino is the better team on paper. So, a draw sounds like the most reasonable outcome here.

Nacional and RB Bragantino to Draw at Half Time

Since we expect this match to end without a winner, we can also see the two teams being tied at half time. After all, that is the most common result at half time in matches that end in a draw.

In addition to this, Nacional drew at half time in three of their five games in Copa Libertadores so far, while the same is true for two of the five RB Bragantino matches in the group.

The first match between Nacional and RB Bragantino in Copa Libertadores group stages ended with two goals being scored and we don’t see this game going over 2.5 total goals either.

First of all, it is a very important game and those rarely go over in South America. Also, Bragantino went over 2.5 total goals just once in their five games in the group, while Nacional did it two of their five matches.

Nacional vs RB Bragantino preview: The game that decides everything

With four games in a row in their domestic championship, Nacional is now just one point behind Liverpool in the first place, so they are in good position ahead of the final few matches of Uruguayan Apertura. Meanwhile, the team is currently in the last place in their Copa Libertadores group, but they still have a chance to finish second or third since they are just one point behind the two teams ahead of them.

The Brazilian team that made it to the final game of Copa Sudamericana last season is currently second in their Copa Libertadores group, but if they lose their final match against Nacional, they could even end up in the last place in the standings. Meanwhile, RB Bragantino is not doing that well in Serie A either since they have two wins in the first seven games in this competition.

The latest odds and stats for Nacional vs RB Bragantino

If you don’t want to waste time looking for the best Nacional vs RB Bragantino odds, check them all out right here:

The usual questions for Nacional vs RB Bragantino 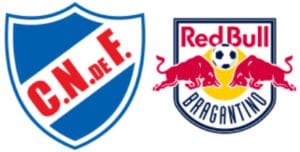