One of the most interesting matchups in the qualifiers for Copa Sudamericana is the Nacional vs Guairena duel. We have a detailed preview of this game just for you, along with some free betting predictions to check out.

Our favourite Nacional vs Guairena betting tips and picks

If you need help to find the right bet for the Nacional vs Guairena duel, check our top betting tips for this game right here:

While Nacional failed to get even a single win in the last five h2h meetings against Guairena, we feel it’s high time for that to happen now since the home team is in better form.

Granted, the Paraguayan Apertura started recently and the teams only played five games, but Guairena has just two points in those five matches, while Nacional, although not that much better, at least has five and has won a game this season.

Nacional and Guairena to Draw at Half Time

The game between Nacional and Guairena might end up in a win for the home team, as we expect, but we also think it’s going to be a very close match.

With that in mind, we can see the game being decided in the second half and the teams being tied at half time. After all, three of the last five h2h duels between Nacional and Guairena have been tied at half time.

We only saw both teams score once in the last five head-to-head meetings between Nacional and Guairena, so we don’t expect that to happen on Thursday.

In addition to this, both teams scored in just two of the five Guairena games in the league so far, although the same thing did happen in four of the five Nacional matches in Apertura this season.

Nacional vs Guairena preview: Which team can reach the group stages?

After missing a spot in the Copa Libertadores qualifiers by just one point last season, Nacional will have to be content with playing in Copa Sudamericana. The team was fifth in the aggregate standings in the Paraguayan league last season and they started the new season in Apertura with five points from five games.

The team from Villarrica was sixth in the aggregate standings in Paraguayan Primera Division last season, which was enough to put them into the Copa Sudamericana qualifiers. Meanwhile, Guairena started the new season in the Paraguayan Apertura with just two points from the first five rounds, so they are not at their best right now.

The best odds and important figures for Nacional vs Guairena

If you don’t want to spend a lot of time looking for the top Nacional vs Guairena odds, you can check them all out right here, on our site: 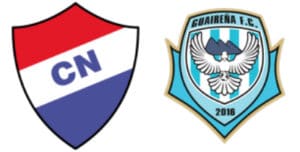