The second leg of the Monagas vs Everton matchup in the second round of qualifiers in Copa Libertadores is close, so let’s take a detailed look at this game and what we can expect from it.

Our free betting picks and tips for Monagas vs Everton

If you are not sure what is the right bet for Monagas vs Everton, check our top betting predictions for this match:

Monagas and Everton to Draw at Half Time

Everton was very convincing in the first leg since they’ve won it 3-0 and only a miracle can save Monagas in the second leg and push them into the final round of Copa Libertadores qualifiers.

That being said, we don’t see Everton being so much better when it comes to sheer quality of the team and we expect a much tougher second leg. With that in mind, we can see the two teams being tied at half time.

As we already mentioned, the first leg between these two teams has gone over 2.5 total goals and we see no reason why the second leg can be a high-scoring one as well.

While we did not see both teams score in the first leg between Monagas and Everton, we expect that to happen in the rematch, especially since the home team is trailing by three goals.

So, we expect Monagas to go on the attack from the very start and we see no reason why they can’t score a goal. However, Everton will have a lot of room for counters, so we can see them netting at least one goal as well.

Monagas vs Everton preview: Can Monagas overcome a three-goal deficit?

Monagas failed to get to the finals of Venezuelan league last season because of one point, which would secure them a direct place in Copa Libertadores group stages. Since that didn’t happen, Monagas had to go through qualifiers and it seems that they will finish their participation in the second phase after losing 3-0 in the first leg against Everton.

The team from Vina del Mar was only 12th in Chilean Primera Division last season, but they got into the Copa Libertadores qualifiers because they reached the finals of Chilean Cup and because the winners, Colo Colo, qualified through their league standings. In any case, Everton started the new season in Chile with five points from the first four rounds, which is not that great, but they seem poised to make it to the thirds stage of the CL qualifiers since they have a three-goal lead over Monagas ahead of the second leg.

The top odds, stats, and more for Monagas vs Everton

If you are looking for the best Monagas vs Everton odds, check our list of odds from the tops UK betting sites:

The frequent questions for Monagas vs Everton 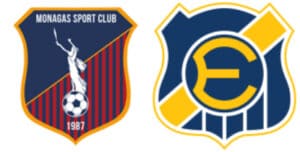