The second round of Copa Sudamericana brings us a few interesting matchups, including the Melgar vs River Plate duel. So, let’s take a closer look at this game and what we can expect from it.

Our free betting predictions and picks for Melgar vs River Plate

If you are not sure what is the right bet for Melgar vs River Plate, check our betting tips for this duel:

Melgar and River Plate to Draw

Melgar started the new season in Copa Sudamericana group stages with a loss to Cuiaba, while River Plate lost to Racing Club in the first round, so this is a key game for both teams.

That being said, River Plate is in better form in their domestic championship compared to Melgar, but Melgar will host this game. So, a draw here sounds like a good bet.

Melgar and River Plate to Draw at Half Time

Since we expect this match to end without a winner, we also expect the two teams to be tied at half time. After all, that usually happens in matches that end in draws.

In addition to this, we expect the two teams to enter this game very cautiously since it’s an important game for both of them and that often leads to ties at half times.

Both teams have gone under 2.5 total goals in their first-round matches in Copa Sudamericana groups, so we expect the same thing to happen in their next game.

Melgar vs River Plate preview: Which team will get first points?

With three wins and three losses in the last six matches in the Peruvian championshipa, Melgar has been pretty inconsistent lately. The team is currently ninth in the standings, but they still have a chance to catch up with teams from the top. Meanwhile, the team started the new season of Copa Sudamericana with a loss to Cuiaba.

Just like their next opponent, River Plate also started Copa Sudamericana group stages with a loss since they were beaten at home by Racing Club. Meanwhile, River Plate is at least doing well in Uruguayan Clausura where they are second in the standings, although they are also five points behind Deportivo Maldonado in the first place.

The top odds and key figures for Melgar vs River Plate

If you wish to bet on the best Melgar vs River Plate odds, take a look at our selection of odds from the top UK bookies:

The usual questions for Melgar vs River Plate 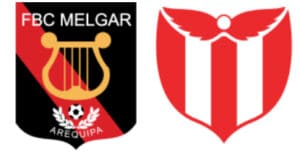