Melgar look to remain at the top of the Primera Division table when they go up against Atletico Grau at the Estadio de la Universidad Nacional San Agustín in the second match of game week 18.

Melgar continued their winning form with a 1-0 victory over Sport Boys in the recent league match. This was the fourth consecutive win for Melgar in all competitions. Atletico Grau continue to struggle in the league with the team losing 2-0 last weekend against Sporting Cristal.

Melgar win at half-time and full-time

Melgar have been very carefully placing the steps so far this season. The team has not set the goal charts on fire and they have been defensively quite solid. This is explained by Melgar having the third goal difference among the top three teams. Atletico Grau have not scored in back-to-back games with three of the last four matches producing less than 2.5 goals.

Atletico Grau have not scored since the goal scored against Alianza Atletico. The visitors are likely to be low on goals once again with Melgar likely to get a clean sheet based on the recent good run of form. The likelihood of witnessing Melgar failing to score is quite low with Atletico Grau not having managed a clean sheet since February.

Melgar have a three-point advantage at the top of the table. The team would like to preserve the same and playing against a struggling opponent is certainly a good thing for coach Néstor Lorenzo at this juncture. The home team come into this game only without Pedro Ibanez due to injury.

Atletico Grau manager Gustavo Alvarez is coming in under a huge deal of pressure after a string of defeats suffered by his team in recent matches. They have pushed Atletico Grau to 12th place in the table with Sport Boys and Carlos Mannucci not far away. Paolo de la Haza and Delio Ojeda are out due to injuries.

Detailed Stats and Numbers for Melgar vs Atletico Grau 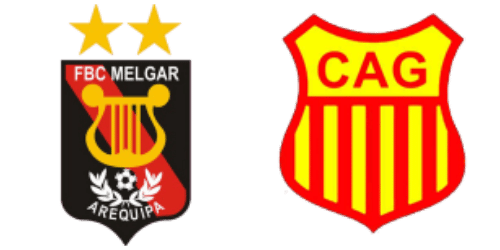 Who is the favourite team to win the game? Melgar