The upcoming round of Serie A brings us a few very interesting matches, including the Goias vs Internacional duel. So, let’s take a closer look at this game and what we can expect from it.

Our free Goias vs Internacional betting picks and tips

If you are struggling to find the best bet for the Goias vs Internacional duel, check our top betting predictions for this match:

So, we expect to see a very close game, but we can still see the guests taking the win. They’ve been in a bit better form recently and they are the better team on paper and that’s enough for us to back them up in this game.

Goias and Internacional to Draw at Half Time

Even though we expect the guests to win this game, we can also see Goias and Internacional being tied at half time and the game to be decided in the second half.

After all, Internacional drew at half time in seven of their eleven matches in Serie A this season, although this only happened in one of eleven Goias games so far.

While both teams scored in just two of the last five head-to-head duels between Goias and Internacional, we can see that happening in their upcoming game.

The reason lies in the fact that both teams scored in 64% of all games played by both Goias and Internacional in the league this season, which makes this outcome more than likely.

Goias vs Internacional preview: Can the guests keep the good form going?

With two wins, three draws, and just one loss in the last five games, Goias have done pretty well so far in the league, especially for a newly-promoted team. At the moment, they are in the middle of the standings with fourteen points and that’s really good, but it’s also just two points ahead of the first team in the relegation zone. Meanwhile, Hugo and Santos are out with injuries, with a few more players questionable.

After a loss in the first round of the new Serie A season, Internacional didn’t lose in the next ten games and that’s why they are currently fourth in the standings with eighteen points from eleven games. The team also secured a spot in the Top 16 stage of Copa Sudamericana, so it’s safe to say that they have done well this season so far. Wesley and Boschilia are injured and out of the next game.

The best odds and important stats for Goias vs Internacional

If you want to place a bet on the highest Goias vs Internacional odds, check our selection of odds from the main UK betting sites:

Q & A for Goias vs Internacional 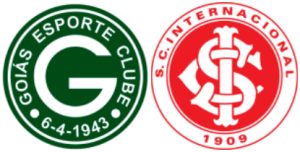