A very close matchup awaits us in the upcoming round of Serie A between Fortaleza and Santos. If you want to learn more about the game, check our preview and free betting predictions.

Our top betting picks and tips for Fortaleza vs Santos

If you need a bit of help to find the right bet for Fortaleza vs Santos, check our favourite betting tips for this duel:

Both teams have been in similar forms lately, with a couple of wins in their last six games in Serie A. However, Fortaleza is still trying to get out of the relegation zone.

With that in mind, each of their matches is really important for them at the moment and we expect them to get into this one with more desire to win than Santos. Also, Fortaleza beat Santos in two of the last three meetings they hosted, so we can see that happening again on Sunday.

Fortaleza and Santos to Draw at Half Time

After all, four of the previous five h2h meetings between Fortaleza and Santos have been tied at half times, so that happening again in this match would hardly be a surprise.

The last four head-to-head meetings between Fortaleza and Santos have all gone under 2.5 total goals and we expect that trend to continue in their upcoming duel.

Fortaleza vs Santos preview: Can Fortaleza get out of the relegation zone?

One game remains in the first half of the Serie A season and Fortaleza remains in the relegation zone at the moment, five points behind the first team outside of it. However, the team at least showed some improvement recently with a couple of wins in the last six games, but they need to do much better to get out of their predicament. Tinga is currently injured and will miss the next game.

With two wins, two draws, and two losses in the last six matches in the league, Santos has been pretty inconsistent lately. Overall, they are sitting right in the middle of the standings, four points ahead of the relegation zone and four points behind spots that lead to Copa Libertadores next season. Lucas Pires, Maicon, and Sandry are out of the next game through injuries.

The best odds and top stats for Fortaleza vs Santos

If you are searching for the best Fortaleza vs Santos odds, take a look at our list of odds from the best betting websites: 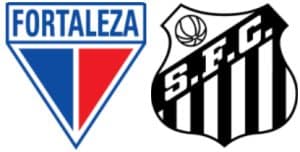