The Fortaleza vs Palmeiras duel in the next round of Serie A is a matchup between the last and the first team in the standings, but this can be a much more exciting game than it sounds at first. So, here’s our preview of the match, along with some free betting predictions.

Our top betting picks and tips for Fortaleza vs Palmeiras

If you are trying to find the best bet for the Fortaleza vs Palmeiras duel, take a look at our favourite betting tips for this game:

So, while we can see Fortaleza doing better in the league in the future and while we expect them to put up a solid fight against Palmeiras, we still see the guests winning the game.

Fortaleza and Palmeiras to Draw at Half Time

As we already said, we can see Fortaleza putting up a good fight in this game, but eventually losing. So, our next prediction is for these two teams to be tied at half time.

Three of the previous five head-to-head duels between Fortaleza and Palmeiras have gone under 2.5 total goals, so we expect the same to happen in this game as well.

Fortaleza vs Palmeiras preview: A duel between the last and the first team in the standings

While Fortaleza managed to stay in the competition longer than many anticipated, their Copa Libertadores journey finally came to an end after they lost to Estudiantes a few days ago. Meanwhile, the team has struggled since the start of Serie A and they are still sittign in the last place, with ten points from fifteen games. Robson and Tinga are the only two injured players at the club right now.

After they secured their place in the quarter-finals of Copa Libertadores by eliminating Cerro Porteno in the last stage, Palmeiras is now facing a game against Fortaleza and they need a win if they want to stay on top of Serie A for sure. The team slowed down a bit in the leauge lately, with a draw and a loss in the last two games, but they are still the main favourites to win the title. Another positive for the team is the fact that only Jailson is injured at this time.

The highest odds and key stats for Fortaleza vs Palmeiras

If you are searching for the best Fortaleza vs Palmeiras odds, take a look at our list of odds from the best betting websites:

Frequent questions for Fortaleza vs Palmeiras 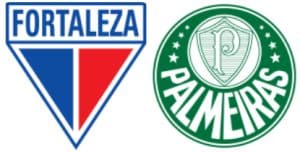