The derby of the round in the Brazilian Serie A and one of the biggest derbies in the country is the Fluminense vs Flamengo matchup. So, let’s take a closer look at this game and some of our free betting tips for it.

If you are struggling to find the right bet for the Fluminense vs Flamengo duel, check our top betting picks for this duel:

Fluminense and Flamengo to Draw

The city derby of Rio de Janeiro is always an interesting event in Brazil and we certainly expect a very exciting duel, especially with both Fluminense and Flamengo in solid for at the moment.

And while Flamengo is the better team on paper and the favourites in this game, we can see this derby ending without a winner. After all, Fluminense is the more successful team in their recent h2h duels with four wins in the last five games. So, a draw sounds like a reasonable outcome.

Fluminense and Flamengo to Draw at Half Time

Since we can see this game ending in a draw, we can also see Fluminense and Flamengo being tied at half time. After all, that is pretty common half-time result for matches that end without a winner.

In addition to this, both Fluminense and Flamengo drew at half time in four of their seven games in the Brazilian Serie A this season, so we can see that trend continuing here.

Four of the last five head-to-head duels between Fluminense and Flamengo have gone under 2.5 total goals and we can see that being the case on Sunday as well.

In addition to this, Fluminense and Flamengo are the two teams with the worst averages when it comes to goals per game since both of them have averaged just 1.86 goals per game in the league so far.

Fluminense vs Flamengo preview: One of the biggest derbies in Brazil

The team from Rio de Janeiro enters the city derby against Flamengo in solid form. In the league, they have eleven points from the first seven games and they are currently seventh in the standings. Meanwhile, Fluminense failed to get to the Top 16 stage of Copa Sudamericana, which is certainly a disappointed for their fans.

Unlike their city rivals, Flamengo did very well in their continental competition, Copa Libertadores, and they finished first in their group to secure a spot in the Top 16 phase. On the other hand, Flamengo only has nine points from the first seven rounds of Serie A, which puts them in the thirteenth place in the standings at the moment.

The best odds and important stats for Fluminense vs Flamengo

If you want to check out the best Fluminense vs Flamengo odds, we have a selection of odds from a few different bookies:

The usual questions for Fluminense vs Flamengo 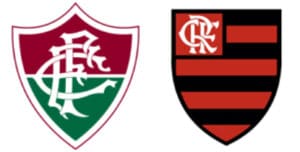