Although Flamengo vs Santos duel probably won’t affect the standings much, it should still be an exciting duel. So, let’s take a closer look at this game and our free betting predictions.

Our favourite betting tips for Flamengo vs Santos

If you need a bit of help to find the right bet for the Flamengo vs Santos duel, check our top betting tips for this match:

After failing to win a trophy this season, Flamengo can consider the season to be a disappointing one. Meanwhile, Santos also didn’t have a great season since they will finish it somewhere in the middle of the standings.

With this being the last game at home for Flamengo, we can see them trying hard to get the final win in front of their fans. And since they’ve beaten Santos in four of their last five meetings, our prediction is for that to happen once again.

Three of the last five head-to-head matches between Flamengo and Santos have gone over 2.5 total goals and since the season is nearly over, we can see at least three goals being scored in this match too.

Four of the previous five meetings between Flamengo and Santos have ended without both teams scoring and we can see the same happening again, even though we also expect to see at least three goals.

Basically, we expect Flamengo to score all the goals, so you can also try betting on Flamengo to keep a clean sheet or to win to nil to get better odds.

The latest odds and stats for Flamengo vs Santos

If you are looking for the best Flamengo vs Santos odds, check our selection of odds from a few different bookmakers:

Flamengo vs Santos preview: Flamengo’s farewell to their fans

After a disappointing season in which they failed to win any trophies, the former champions will now say goodbye to their fans until next season. That being said, Flamengo has been in great form recently in Serie A and they haven’t lost a game for twelve games, winning eight of those matches in the process. However, Flamengo will be without many players in this match, too many to list here, so that could affect their chances in the game.

With two games left until the end of the season, Santos is sitting in the twelfth place and they are unlikely to move much. Still, the team is fighting for a spot in Copa Sudamericana next season and they’ve been in good form lately, with three wins, two draws, and one loss in the last six matches. On the downside, six players are currently on the team’s injury list and they will miss the next game.

The usual questions for Flamengo vs Santos 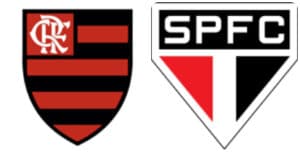