The second stage of Copa Libertadores qualifiers is upon us and the first game to be played is the Everton vs Monagas duel. Here’s our preview of the game, along with some free betting tips.

Our favourite betting predictions for Everton vs Monagas

If you can’t decide what is the right bet for Everton vs Monagas, check our top betting predictions for this match:

These two teams haven’t met before and they are not among the favourites to get into the group stages of Copa Libertadores, but one of them will get to the final, third stage of the qualifiers.

We expect that to be Everton and we expect them to beat Monagas in the first leg – mainly because they come from a better league and because they are playing at home.

Everton to Lead at Half Time

Since we expect Everton to win this game, we can also see them taking a lead in the first half and keeping it. After all, most teams that win also lead at half time.

It’s hard to offer any exact reason for this prediction since the season in Chile has only just begun, while the season in Venezuela is yet to start, but let’s say that we have a gut feeling about this one.

Everton already played three games in the Chilean Primera Division this season and they’ve gone under 2.5 total goals in all three of those matches.

Furthermore, Everton averaged 2.00 goals per game in their domestic league last season, which was the lowest average in the league. So, even though Monagas tends to play high-scoring games, we expect Everton to impose their style for this game.

Everton vs Monagas preview: Who will have advantage after the first leg?

Although Everton was only twelfth in Chilean Primera Division last season, they got their chance to try and get to the group stages of Copa Libertadores thanks to the fact that Colo Colo qualified for the same competition based on their league standings, so Everton got their spot as a cup finalist. In any case, Everton started the new season in Chile with four points from the first three rounds.

The team from Maturin was just one point away from getting to the finals of Venezuelan league last season and from securing a direct place in Copa Libertadores group stages, but in the end, they will have to try and get there through qualifiers. The problem for them will be the lack of competitive matches since Venezuelan league hasn’t started yet and this will be their first official game in a while.

The best odds and important stats for Everton vs Monagas

If you are looking for the top Everton vs Monagas odds, check our selection of odds from the main UK betting websites:

The most common questions for Everton vs Monagas 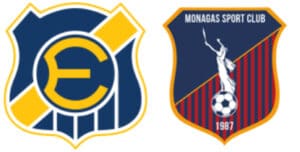