The last stage of Copa Libertadores qualifiers has some interesting duels, including the Estudiantes vs Everton matchup. So, here’s our preview of this duel and some free betting predictions.

Our top Estudiantes vs Everton betting predictions and picks

If you are trying to find the best bet for Estudiantes vs Everton, take a look at our favourite betting tips for this match:

Estudiantes to Win at Half Time and Full Time

The team from La Plata has been great so far in both Copa de la Liga Profesional and Copa Libertadores, where they now only need to defend their first-leg advantage and reach the group stages.

With all due respect to Everton, we can see Estudiantes doing just that – delivering a strong, secure performance and getting another win after leading at half time.

As we already said, we expect Estudiantes to come into this game with a bit of a defensive mindset, to prioritize defence and not conceding instead of scoring many more goals.

With that in mind, betting on Everton to fail to score, i.e. on Estudiantes to keep a clean sheet does sound reasonable, despite the fact that Estudiantes rarely played matches in which both teams didn’t score this season

Since we don’t expect Everton to score in this game and we don’t see Estudiantes chasing goals since they only need a draw in this game to progress, our next bet is under 2.5 total goals.

After all, we have only seen one goal in the first leg between Estudiantes and Everton and we can see the second leg following the same path and outcome.

Estudiantes vs Everton preview: An easy job for the home team?

The team from La Plata had a terrific start of the season in Copa de la Liga Profesional so far since they collected thirteen points from the first six games and they only suffered their first loss over the weekend against Boca Juniors. Meanwhile, Estudiantes is in the driving seat against Everton and they seem on their way to Copa Libertadores group stages.

The team from Vina del Mar is doing well at the moment in their domestic championship where they are without a loss in the last five games and fifth overall in the standings. Despite their good form, the team failed to get a good result in the first leg against Estudiantes and it seems unlikely that they can overcome the deficit with a win in La Plata.

The best odds and key figures for Estudiantes vs Everton

If you want to place a bet on the top Estudiantes vs Everton odds, check our choice of odds from multiple UK bookmakers: 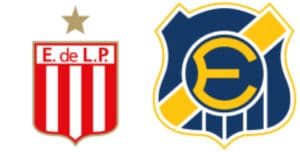